Our Bird of Prey Experiences are run by Shropshire Falconry and take place at their centre near Shrewsbury. 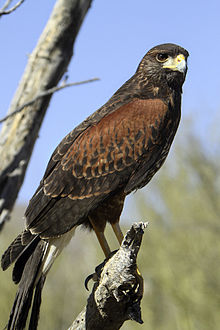 The Harris’s hawk (Parabuteo unicinctus) formerly known as the bay-winged hawk or dusky hawk, is a medium-large bird of prey that breeds from the southwestern United States south to Chile, central Argentina, and Brazil. Birds are sometimes reported at large in Western Europe, especially Britain, but it is a popular species in falconry and these records almost certainly all refer to escapes from captivity.

The name is derived from the Greek para, meaning beside, near or like, and the Latin buteo, referring to a kind of buzzard; uni meaning once; and cinctus meaning girdled, referring to the white band at the tip of the tail. John James Audubon gave this bird its English name in honor of his ornithological companion, financial supporter, and friend Edward Harris.

The Harris’s hawk is notable for its behaviour of hunting cooperatively in packs consisting of tolerant groups, while other raptors often hunt alone. Harris hawks’ social nature has been attributed to their intelligence, which makes them easy to train and have made them a popular bird for use in falconry. [Credit: Wikipedia] 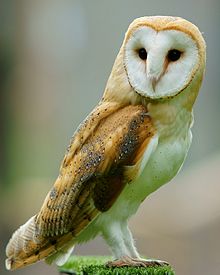 most common location: Europe and Asia

The Eurasian eagle-owl (Bubo bubo) is a species of eagle-owl that resides in much of Eurasia. It is also called the European eagle-owl and in Europe, it is occasionally abbreviated to just eagle-owl. It is one of the largest species of owl, and females can grow to a total length of 75 cm (30 in), with a wingspan of 188 cm (6 ft 2 in), males being slightly smaller. This bird has distinctive ear tufts, with upper parts that are mottled with darker blackish colouring and tawny. The wings and tail are barred. The underparts are a variably hued buff, streaked with darker colour. The facial disc is poorly developed and the orange eyes are distinctive. [Credit: Wikipedia] 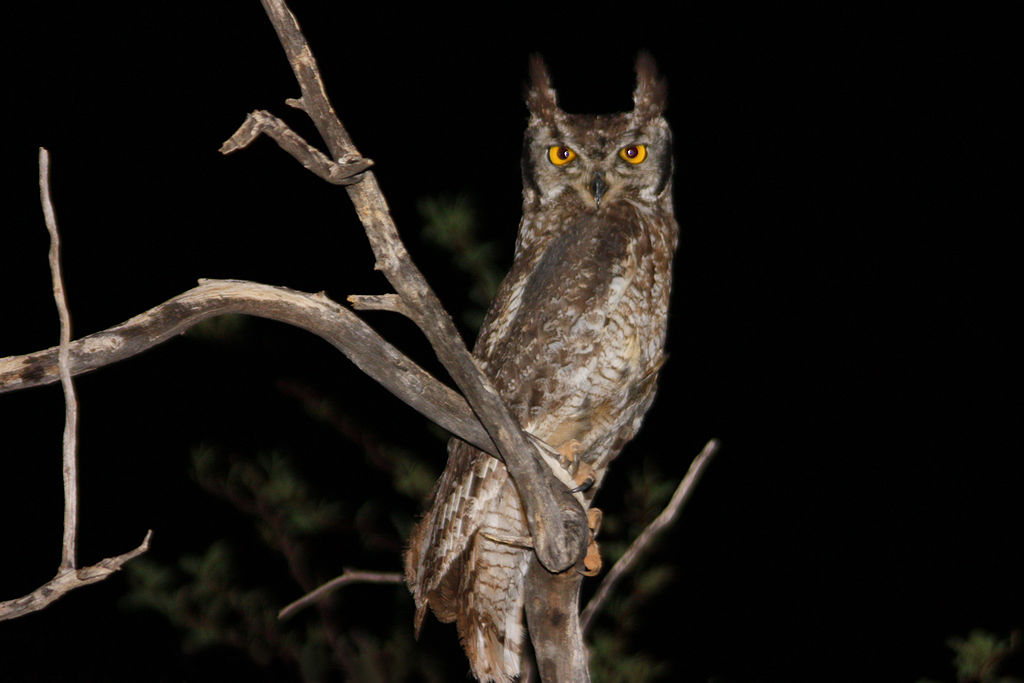 The spotted eagle-owl (Bubo africanus) is a medium-sized species of owl, one of the smallest of the eagle owls. Its length is 45 centimetres (18 in) and its weight is from 480 to 850 grams (1.1 to 1.9 lb). It has a 100 to 140 centimetres (39 to 55 in) wingspan. The facial disk is off white to pale ochre and the eyes are yellow. It has prominent ear tufts, and the upper body is dusky brown, the lower parts off-white with brown bars. Prior to 1999 the spotted eagle-owl was considered conspecific with the greyish eagle-owl, but now it is classed as a separate species. [credits: Wikipedia]

The snowy owl (Bubo scandiacus) is a large, white owl of the typical owl family. Snowy owls are native to Arctic regions in North America and Eurasia. Males are almost all white, while females have more flecks of black plumage. Juvenile snowy owls have black feathers until they turn white. The snowy owl is a ground nester that primarily hunts rodents and waterfowl, and opportunistically eats carrion. Most owls sleep during the day and hunt at night, but the snowy owl is active during the day, especially in the summertime. [Source: Wikipedia]

The great horned owl is generally colored for camouflage. The underparts of the species are usually light with some brown horizontal barring; the upper parts and upper wings are generally a mottled brown usually bearing heavy, complex darker markings. All subspecies are darkly barred to some extent along the sides as well. There is a variable sized white patch on the throat.

The white throat may continue as a streak running down the middle of the breast even when the birds are not displaying, which in particularly pale individuals can widen at the belly into a large white area. South American horned owls typically have a smaller white throat patch, often unseen unless actively displaying, and rarely display the white area on the chest. [credits: Wikipedia]

This experience is run by Shropshire Falconry and usually takes place at Hawkstone Follies but this location may change (if it does this will be communicated to you by them).

The experience will start on arrival at the pre-arranged location. After a short Health and Safety talk, their Falconer will show you how to hold and handle the birds.

During the experience you will get up close to a variety of Birds of Prey including Owls, Falcons, Hawks and even Eagles. The animals shown above are just an example and the variety may differ depending on the experience.

Throughout the experience, the Falconer will be on hand to answer any questions you may have.