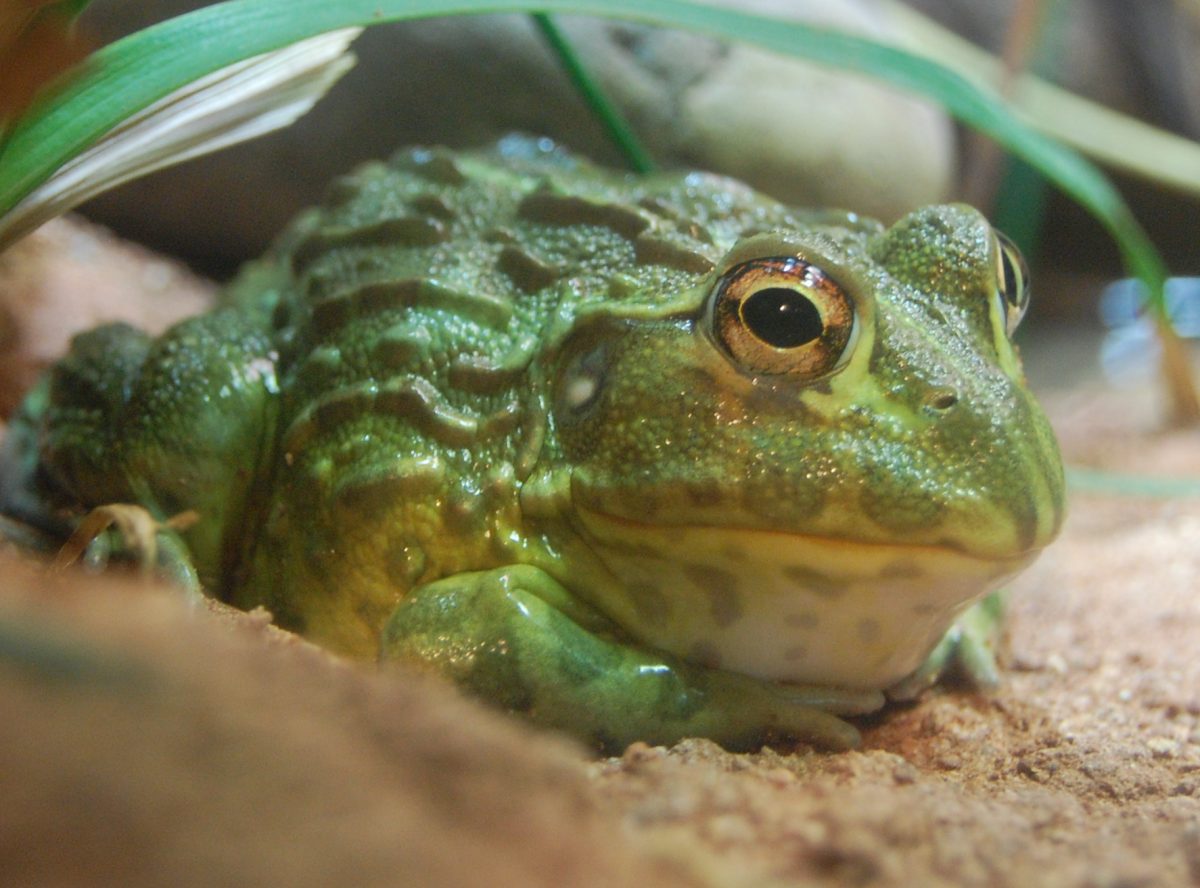 The African bullfrog (Pyxicephalus adspersus) is a species of frog in the family Pyxicephalidae. It is also known as the pixie frog due to its scientific name. It is found in Angola, Botswana, Kenya, Malawi, Mozambique, Namibia, South Africa, Somalia, Swaziland, Tanzania, Zambia, Zimbabwe, and possibly the Democratic Republic of the Congo.

Its natural habitats are dry savanna, moist savanna, subtropical or tropical dry shrubland, intermittent freshwater lakes, intermittent freshwater marshes, arable land, pastureland, canals, and ditches. It is a large frog, with males weighing 1.4 kg (3.1 lb), though they can easily exceed 2 kg (4.4 lb). Females are half the size of males, which is unusual since in most amphibian species females are larger than males. Males can reach 23 cm (9.1 in), while females are much smaller. [Credit: Wikipedia]