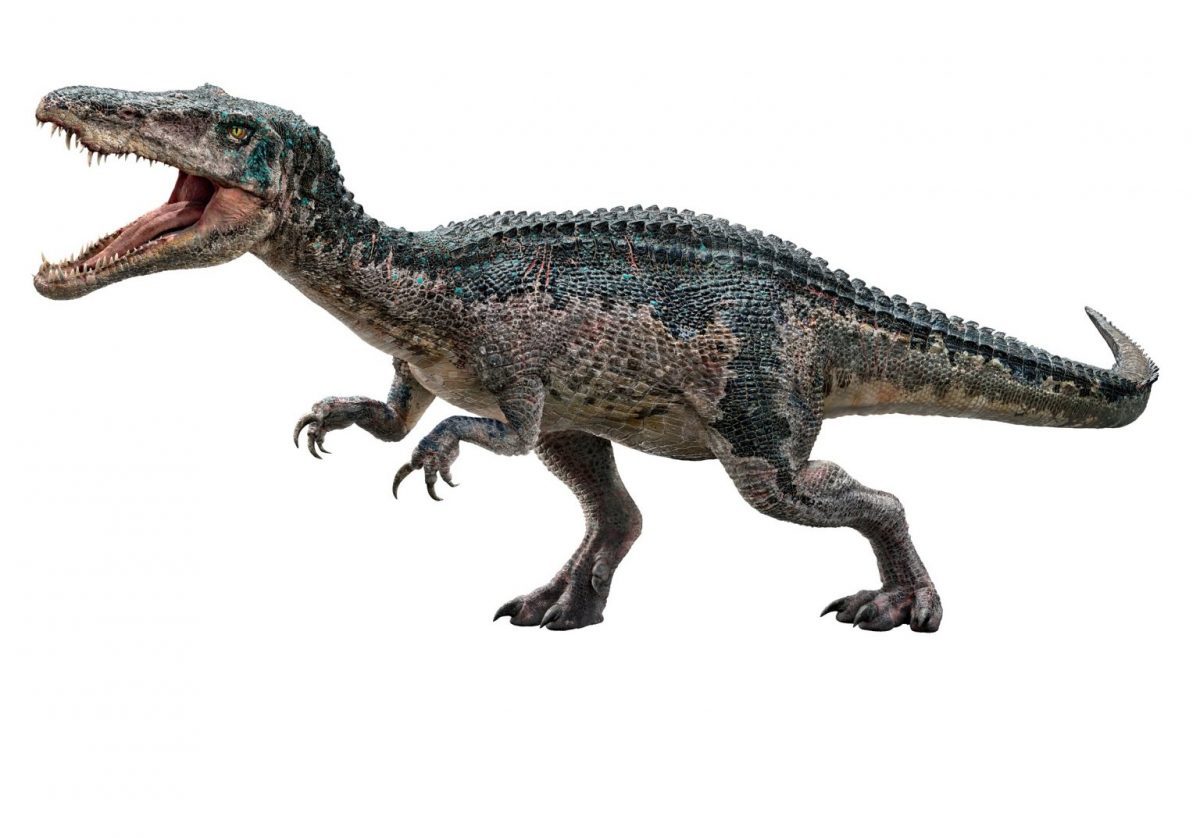 Baryonyx is a genus of theropod dinosaur which lived in the Barremian stage of the Early Cretaceous period, about 130–125 million years ago. The first skeleton was discovered in 1983 in the Smokejack Clay Pit, of Surrey, England, in sediments of the Weald Clay Formation, and became the holotype specimen of Baryonyx walkeri, named by palaeontologists Alan J. Charig and Angela C. Milner in 1986. [CREDIT: WIKIPEDIA]