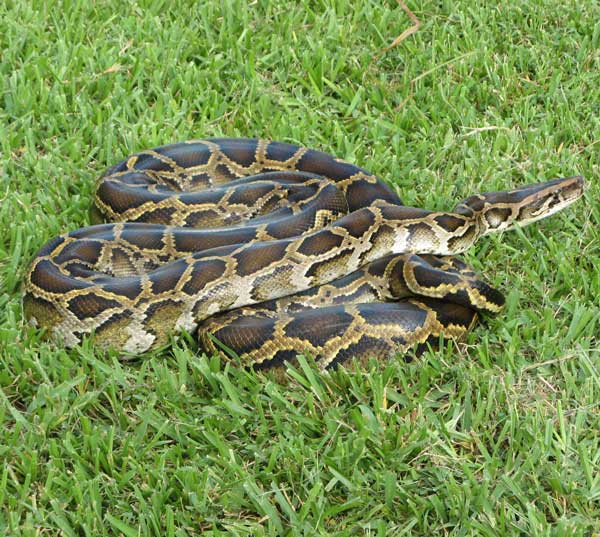 Burmese pythons are dark-colored snakes with many brown blotches bordered in black down the back. The perceived attractiveness of their skin pattern contributes to their popularity with both reptile keepers and the leather industry. The pattern is similar in colour, but different in actual pattern from the African rock python (Python sebae), sometimes resulting in confusion of the two species outside of their natural habitats. The African rock python can generally be distinguished by its tighter pattern of markings, compared to the Burmese python, which has bolder patterns, similar to those seen on a giraffe.

In the wild, Burmese pythons grow to 3.7 m (12 ft 2 in) on average, while specimens of more than 4 m (13 ft 1 in) are uncommon. This species is sexually dimorphic in size; females average only slightly longer, but are considerably heavier and bulkier than the males. [credits: Wikipedia]