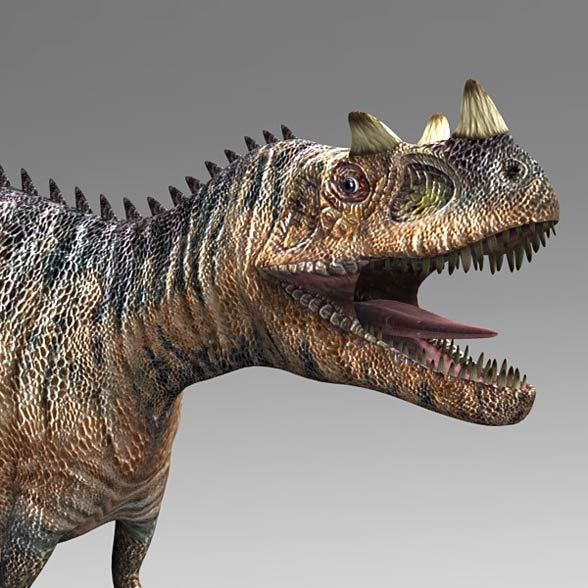 Ceratosaurus  was a carnivorous theropod dinosaur in the Late Jurassic period (Kimmeridgian to Tithonian). The genus was first described in 1884 by American paleontologist Othniel Charles Marsh based on a nearly complete skeleton discovered in Garden Park, Colorado, in rocks belonging to the Morrison Formation. The type species is Ceratosaurus nasicornis. [SOURCE: WIKIPEDIA]