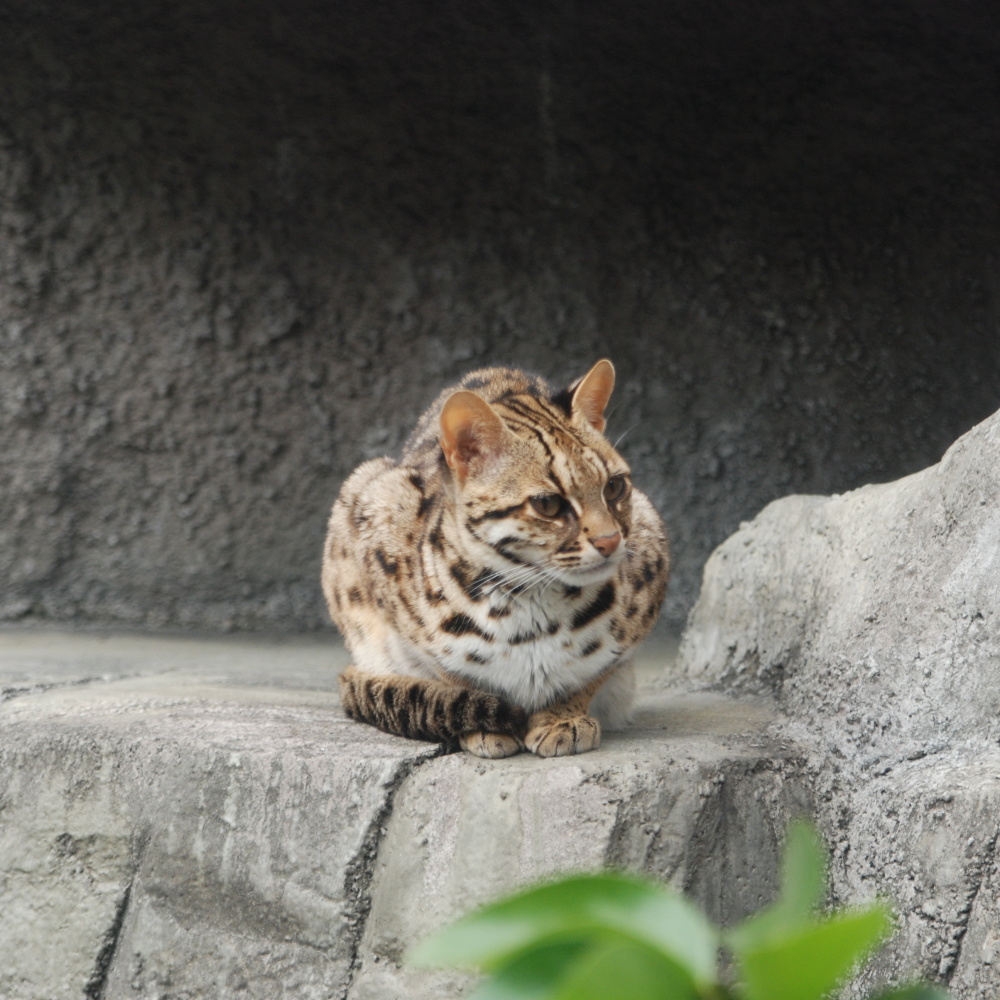 The leopard cat (Prionailurus bengalensis) is a small wild cat native to continental South, Southeast and East Asia. Since 2002 it has been listed as Least Concern on the IUCN Red List as it is widely distributed although threatened by habitat loss and hunting in parts of its range.

Historically, the leopard cat of continental Asia was considered the same species as the Sunda leopard cat. As of 2017, the latter is recognised as a distinct species, with the taxonomic name Prionailurus javanensis.

Leopard cat subspecies differ widely in fur colour, tail length, skull shape and size of carnassials. Archaeological evidence indicates that the leopard cat was the first cat species domesticated in Neolithic China about 5,000 years ago in Shaanxi and Henan Provinces.