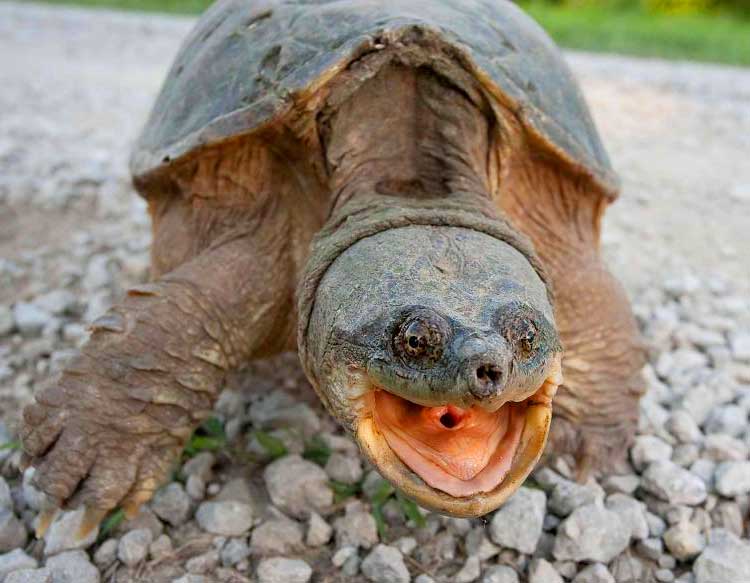 The common snapping turtle is a large freshwater turtle of the family Chelydridae. Its natural range extends from southeastern Canada, southwest to the edge of the Rocky Mountains, as far east as Nova Scotia and Florida. This species and the larger alligator snapping turtle are the only two species in this family found in North America (though the common snapping turtle, as its name implies, is much more widespread).

The common snapping turtle is noted for its combative disposition when out of the water with its powerful beak-like jaws, and highly mobile head and neck (hence the specific name serpentina, meaning “snake-like”). In water, they are likely to flee and hide themselves underwater in sediment. Snapping turtles have a life-history strategy characterised by high and variable mortality of embryos and hatchlings, delayed sexual maturity, extended adult longevity, and iteroparity (repeated reproductive events) with low reproductive success per reproductive event. Females, and presumably also males, in more northern populations mature later (at 15–20 years) and at a larger size than in more southern populations (about 12 years). Lifespan in the wild is poorly known, but long-term mark-recapture data from Algonquin Park in Ontario, Canada suggest a maximum age over 100 years. [credits: Wikipedia]