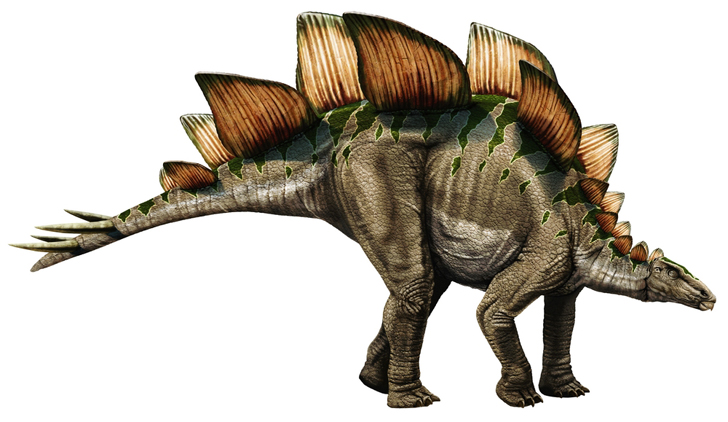 Stegosaurus from Greek stegos (στέγος), which means roof, and sauros (σαῦρος), which means lizard, is a genus of herbivorous thyreophoran dinosaur. Fossils of this genus date to the Late Jurassic period, where they are found in Kimmeridgian to early Tithonian aged strata, between 155 and 150 million years ago, in the western United States and Portugal. [Credit: Wikipedia]