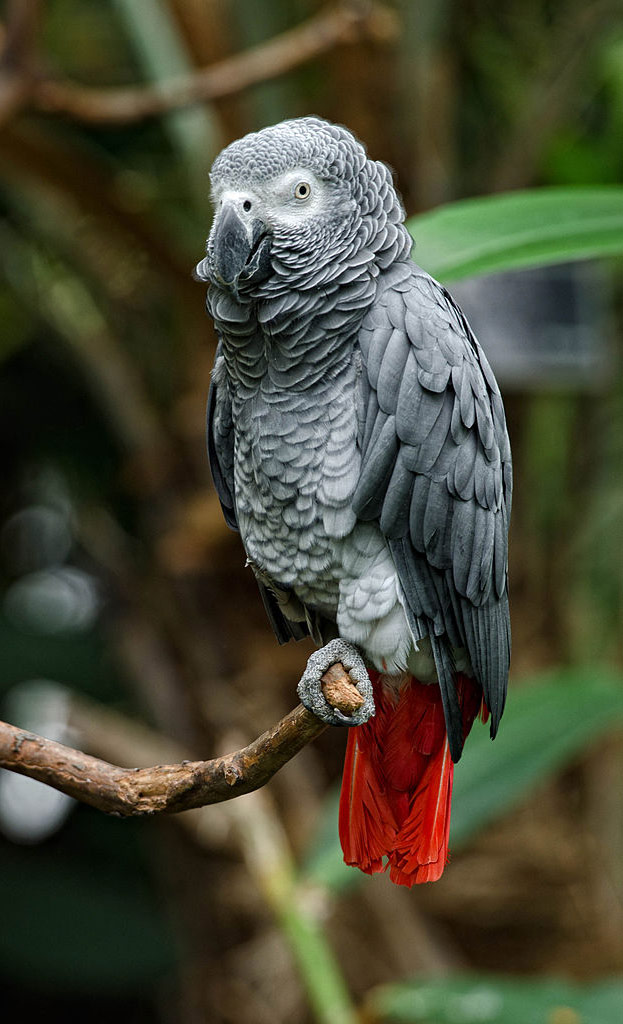 The African grey parrot is a medium-sized, predominantly grey, black-billed parrot which weighs 400 g, with a length of 33 cm and an average wingspan of 46–52 cm. The Congo subspecies is a lighter grey, with darker grey over the head and both wings, while the head and body feathers have a slight white edge to them. The tail feathers are red. The Timneh subspecies is a darker gray and has a dark maroon colored tail as well as having a portion of their beak being light pink in color. Due to artificial selection by parrot breeders, some Congo African grey parrots are partially or completely red. Both sexes appear similar. The coloration of juveniles is similar to that of adults, but the eye is typically dark grey to black, in comparison to the greyish-yellow eyes of the adult birds. The undertail coverts are also tinged with grey. The adults weigh between 418 and 526 grams.

African grey parrots may live for 40–60 years in captivity, although their mean lifespan in the wild appears to be somewhat shorter at about 23 years. [credits: Wikipedia]