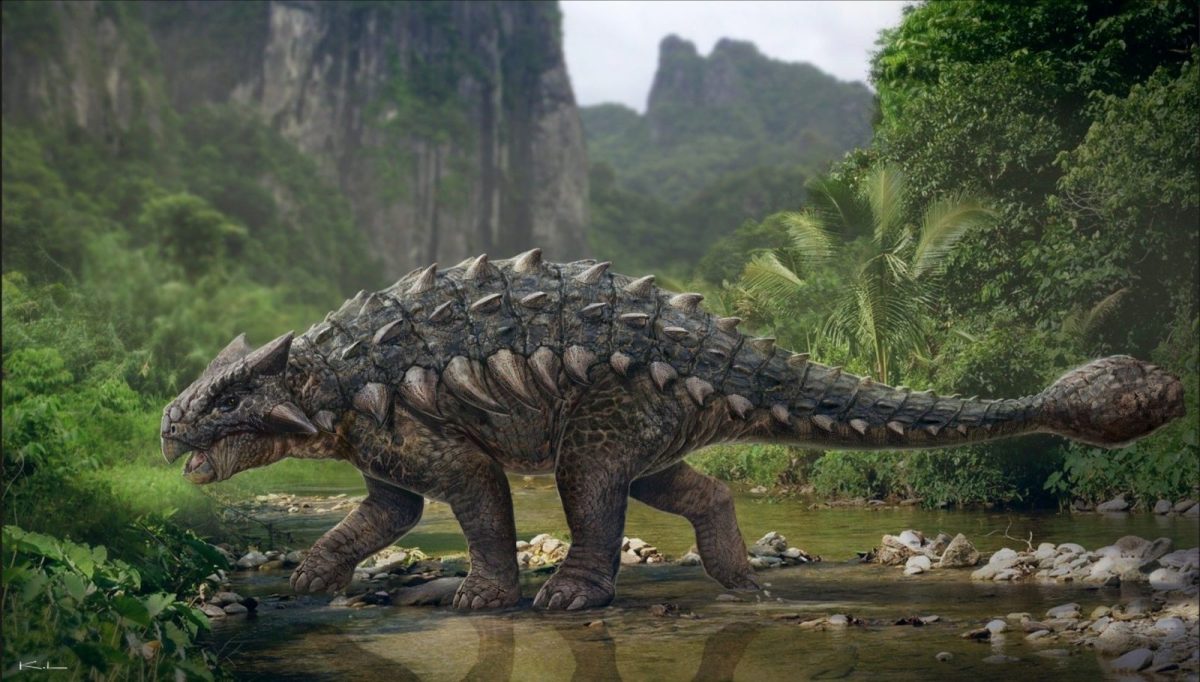 Ankylosaurus is a genus of armored dinosaur. Its fossils have been found in geological formations dating to the very end of the Cretaceous Period, about 68–66 million years ago, in western North America, making it among the last of the non-avian dinosaurs. It was named by Barnum Brown in 1908; it is monotypic, containing only A. magniventris. The generic name means “fused lizard”, and the specific name means “great belly”. A handful of specimens have been excavated to date, but a complete skeleton has not been discovered. Though other members of Ankylosauria are represented by more extensive fossil material, Ankylosaurus is often considered the archetypal member of its group, despite having some unusual features.[CREDIT: WIKIPEDIA]