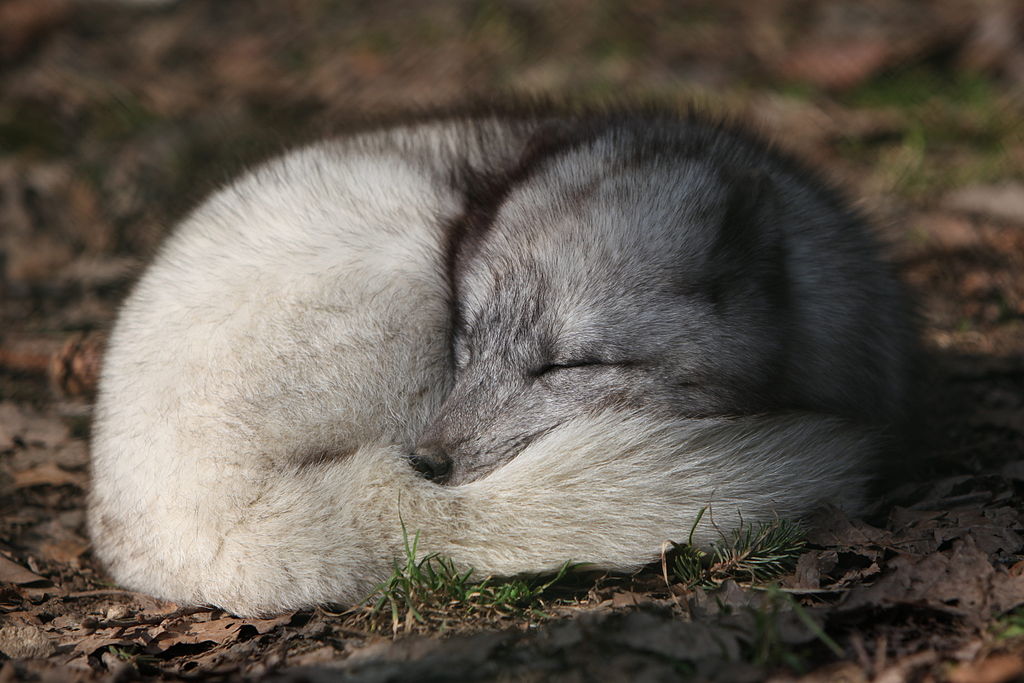 The Arctic fox (Vulpes lagopus), also known as the white fox, polar fox, or snow fox, is a small fox native to the Arctic regions of the Northern Hemisphere and common throughout the Arctic tundra biome. It is well adapted to living in cold environments, and is best known for its thick, warm fur that is also used as camouflage. On average, Arctic foxes only live 3–4 years in the wild. Its body length ranges from 46 to 68 cm (18 to 27 in), with a generally rounded body shape to minimize the escape of body heat.

The Arctic fox preys on many small creatures such as lemmings, voles, ringed seal pups, fish, waterfowl, and seabirds. It also eats carrion, berries, seaweed, and insects and other small invertebrates. Arctic foxes form monogamous pairs during the breeding season and they stay together to raise their young in complex underground dens. Occasionally, other family members may assist in raising their young. Natural predators of the Arctic fox are the red fox, golden eagles, wolverines, wolves, and grizzly bears. [Credit: Wikipedia]