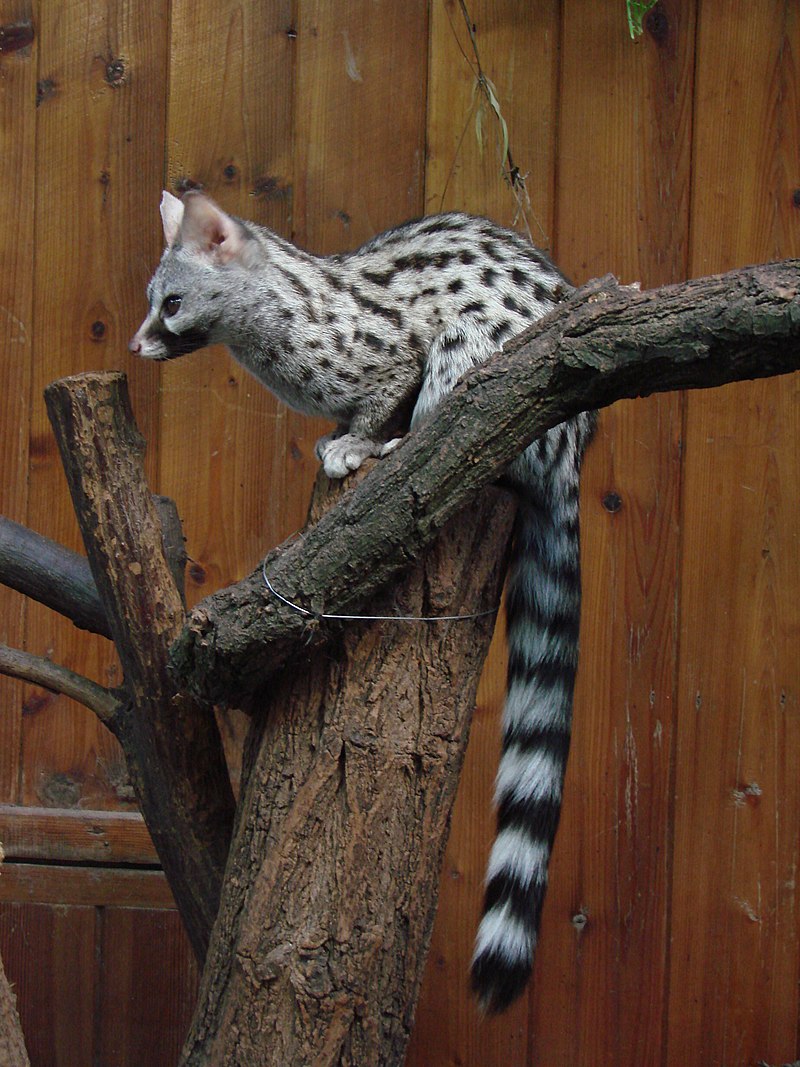 The common genet (Genetta genetta) is a small viverrid indigenous to Africa that was introduced to southwestern Europe and the Balearic Islands. As it is widely distributed north of the Sahara, in savanna zones south of the Sahara to southern Africa and along the coast of Arabia, Yemen and Oman, it is listed as Least Concern on the IUCN Red List. It has also been recorded in Germany, Belgium and Switzerland. [Credit: Wikipedia]