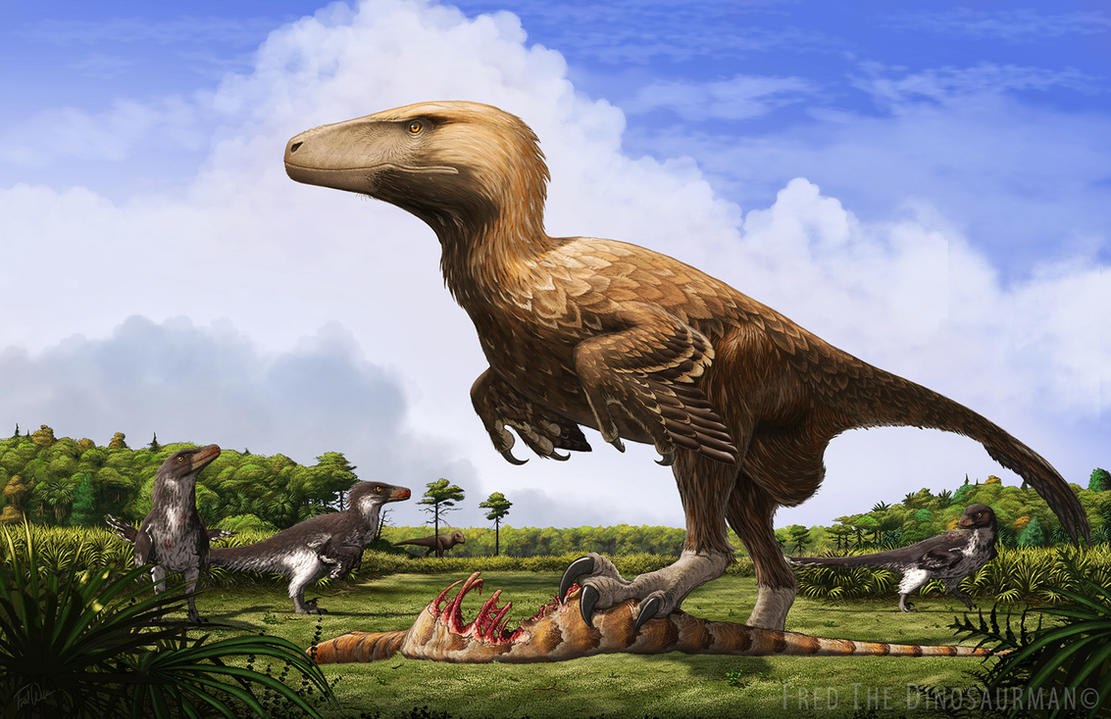 Dakotaraptor is a potentially chimaeric genus of large dromaeosaurid theropod dinosaur that lived in North America during the Late Cretaceous period. The remains have been found in the Maastrichtian stage of the Hell Creek Formation, dated to the very end of the Mesozoic era, making Dakotaraptor one of the last surviving dromaeosaurids. The remains of D. steini were discovered in a multi-species bonebed.Elements of the holotype and referred specimens were later found to belong to trionychid turtles, and further analysis of potential non-dromaeosaurid affinities of the holotype and referred material have not yet been conducted. Phylogenetic analyses of D. steini place it in a variety of positions in the Dromaeosauridae. [CREDIT: WIKIPEDIA]