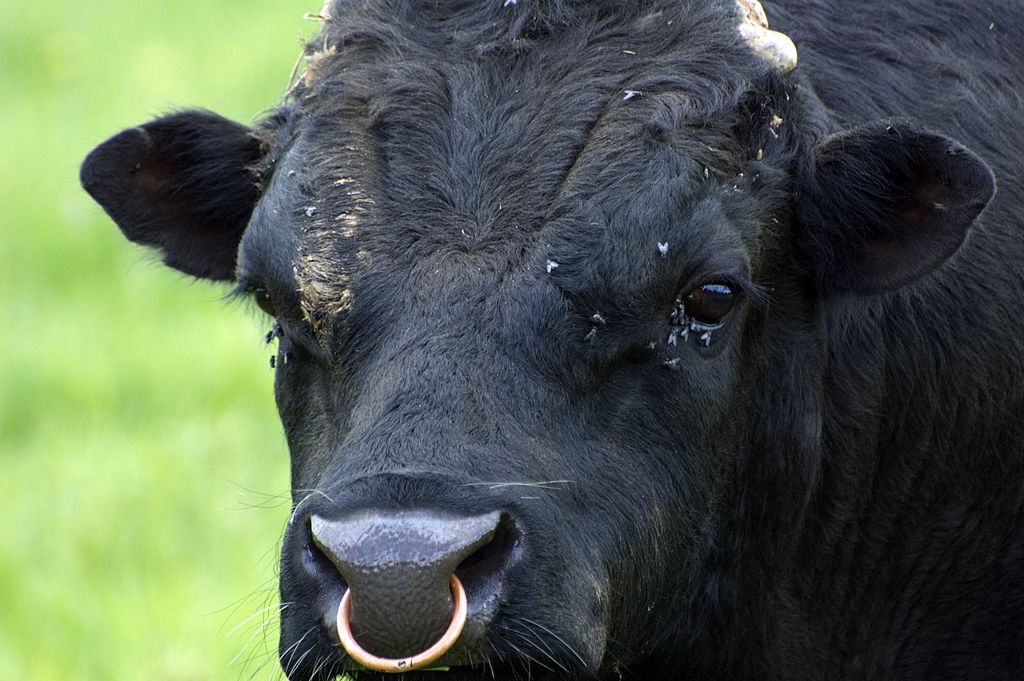 The Dexter breed originated in southwestern Ireland from where it was brought to England in 1882. The breed virtually disappeared in Ireland, but was still maintained as a pure breed in a number of small herds in England and also in the US. The Dexter is a small breed with mature cows weighing between 600 and 700 and mature bulls weighing about 1,000 pounds (450 kg). Considering their small size, the body is wide and deep with well-rounded hindquarters. Dexters come in 3 colors, black, red, and dun (brown). Dexters should have no white markings except for some very minor white markings on the belly/udder behind the navel and some white hairs in the tail switch. While many Dexters are naturally hornless (polled), many have horns that are rather small and thick and grow outward with a forward curve on the male and upward on the female. The breed is suitable for beef or milk production, although individual herd owners often concentrated on growing either one or the other. Their hooves need trimming periodically, unlike other breeds. [Credit: Wikipedia]