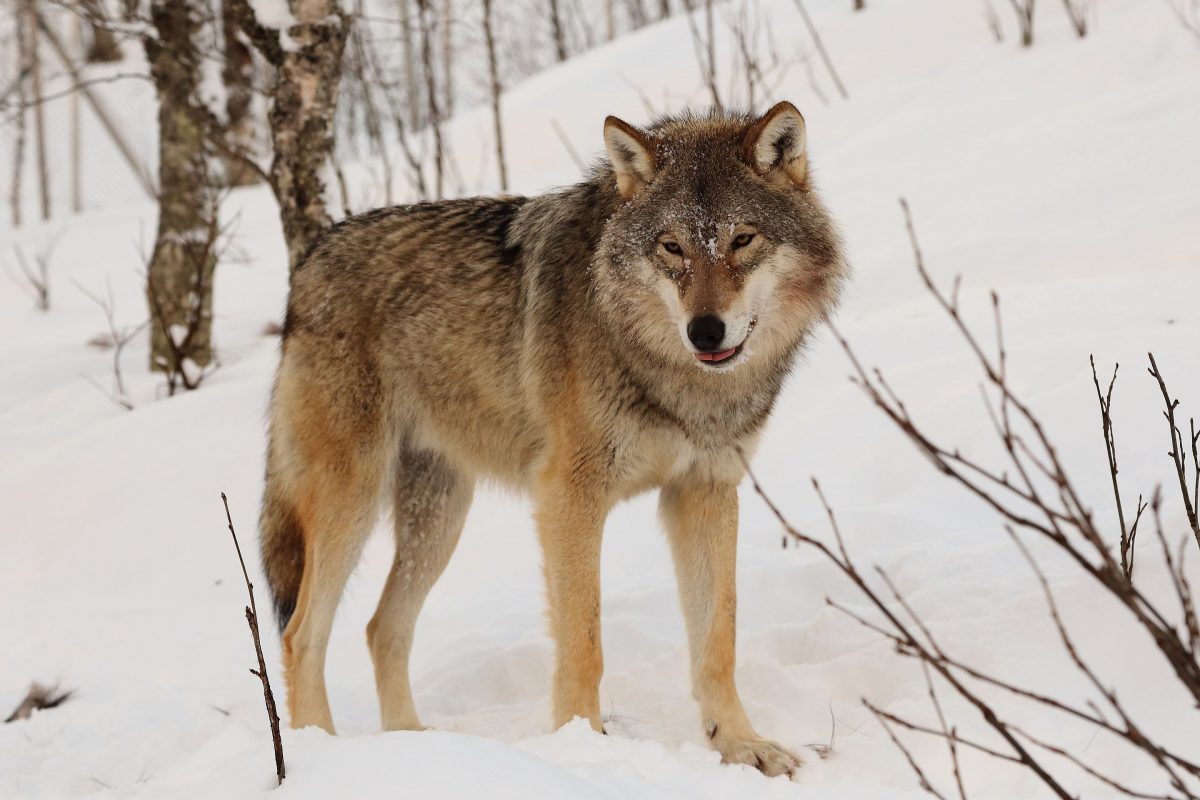 The Eurasian wolf (Canis lupus lupus), also known as the common wolf or Middle Russian forest wolf, is a subspecies of grey wolf native to Europe and the forest and steppe zones of the former Soviet Union. It was once widespread throughout Eurasia prior to the Middle Ages. Aside from an extensive paleontological record, Indo-European languages typically have several words for wolf, thus attesting to the animal’s abundance and cultural significance. It was held in high regard in Baltic, Celtic, Slavic, Turkic, ancient Greek, Roman, and Thracian cultures, whilst having an ambivalent reputation in early Germanic cultures.[Credit: Wikipedia]