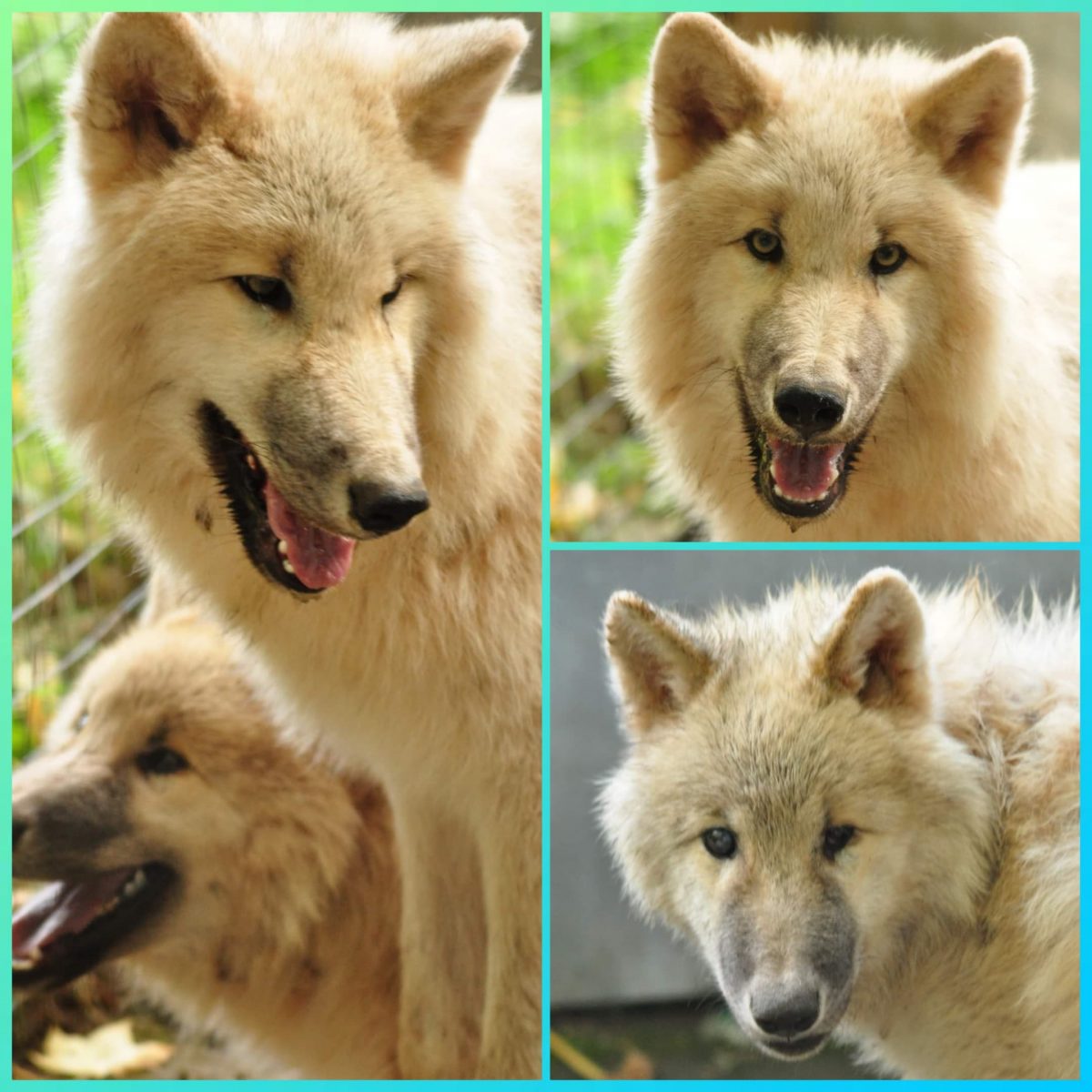 As most of our visitors know our female wolf Tala has been on her own since losing her partner Lycan in late July 2021. Since then we have been working tirelessly behind the scenes to find some new friends for her.

Wolves are complex animals and it’s not as simple as finding another Wolf to go with her. It’s a long process of finding Wolves of the right age and temperament to ensure the highest chances of success.

Thankfully Geralt and Dakota were born earlier this year at South Lakes Safari Zoo and were transferred here in early October. They both have fantastic characters, although Dakota has a congenital eye defect meaning he has approximately only 10% vision.

They are still currently off show in a side pen, but you might be able to spot them if they are near the fence. They will be meeting Tala in the next few weeks.

To celebrate their arrival we are offering the chance to be the first people to feed our new wolves. For every £10 you donate your name will be entered into our prize draw and a winner picked at random – details of feed dates will be agreed after the draw. All proceeds from this fundraiser will be going direct to wolf conservation in Bulgaria. Balkani run the largest carnivore project in Bulgaria. They support local farmers with Karakachan dogs to protect their flocks from wolves, they trap and collar wolves to monitor their movements to show the areas of land they cover, they also work with the hunters to show that they can live along side the predators. This will run until the end of November.

You can enter here!

Thank you for your support – #Make a difference #leave your mark