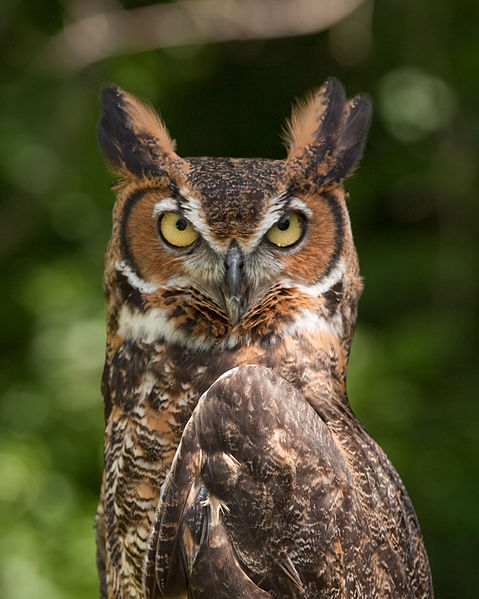 The great horned owl is generally colored for camouflage. The underparts of the species are usually light with some brown horizontal barring; the upper parts and upper wings are generally a mottled brown usually bearing heavy, complex darker markings. All subspecies are darkly barred to some extent along the sides as well. There is a variable sized white patch on the throat.

The white throat may continue as a streak running down the middle of the breast even when the birds are not displaying, which in particularly pale individuals can widen at the belly into a large white area. South American horned owls typically have a smaller white throat patch, often unseen unless actively displaying, and rarely display the white area on the chest. [credits: Wikipedia]