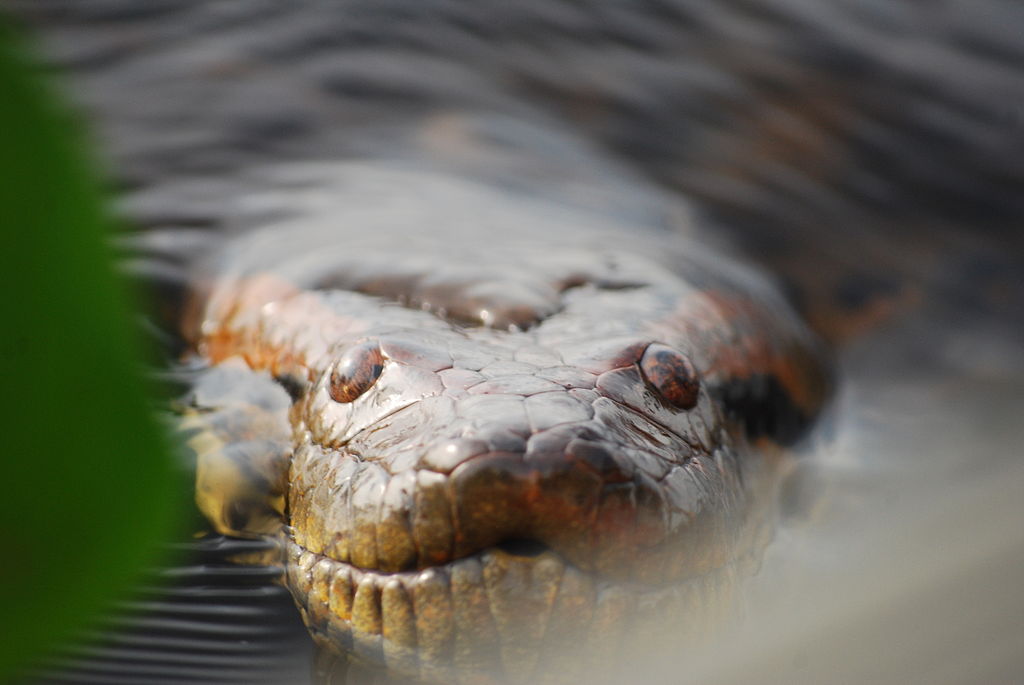 The green anaconda (Eunectes murinus), also known as the common anaconda and water boa, is a non-venomous boa species found in South America. It is the heaviest and one of the longest known extant snake species. The term anaconda often refers to this species, though the term could also apply to other members of the genus Eunectes.

The green anaconda’s scientific name is derived from the Greek εὐνήκτης, meaning “good swimmer”, and the Latin murinus, meaning “of mice”, for being thought to prey on mice. [Credit: Wikipedia]