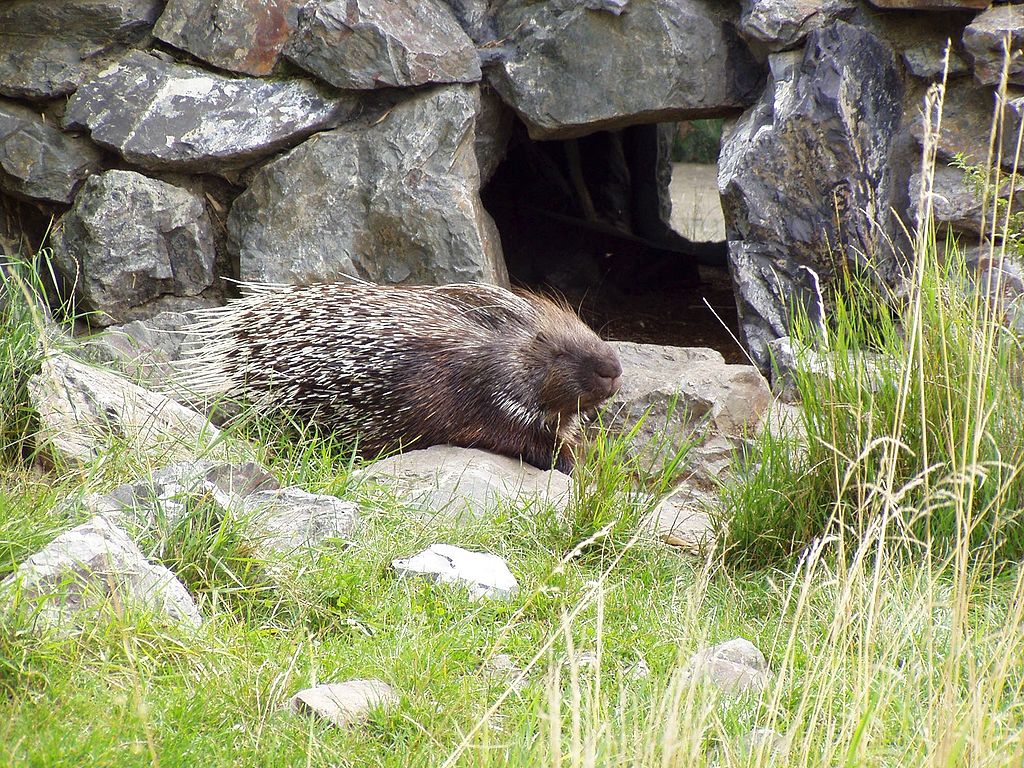 The Indian crested porcupine is a large rodent, weighing 11–18 kg. Their body (from the nose to the base of the tail) measures between 70–90 cm, with the tail adding an additional 8–10 cm. The lifespan of wild Indian crested porcupines is unknown, but the oldest known captive individual was a female that lived to be 27.1 years old.

It is covered in multiple layers of modified hair called quills, with longer, thinner quills covering a layer of shorter, thicker ones. The quills are brown or black with alternating white and black bands. They are made of keratin and are relatively flexible. Each quill is connected to a muscle at its base, allowing the porcupine to raise its quills when it feels threatened. The longest quills are located on the neck and shoulder, where the quills form a “skirt” around the animal. These quills can grow up to 51 cm (20 in) long, with most measuring between 15–30 cm. Smaller (20 cm) and more rigid quills are packed densely on the back and rump. These smaller quills are used to stab at potential threats. The base of the tail contains shorter quills that appear white in color, with longer, hollow quills that the porcupine can rattle to produce a warning sound when threatened. Contrary to popular belief, Indian crested porcupines (like all porcupines) cannot shoot their quills.