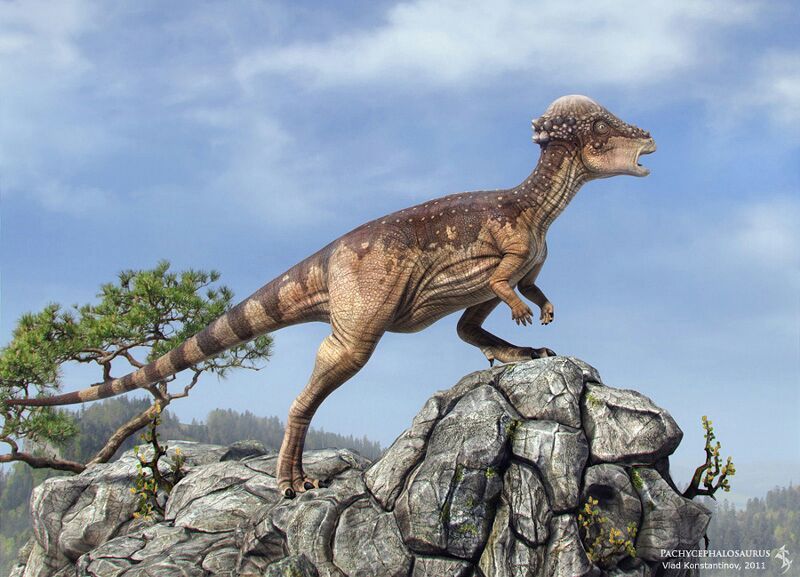 Pachycephalosaurus is a genus of pachycephalosaurid dinosaurs. The type species, P. wyomingensis, is the only known species, but some researchers argue that there might be a second species, P. spinifer. It lived during the Late Cretaceous Period (Maastrichtian stage) of what is now North America. Remains have been excavated in Montana, South Dakota, Wyoming, and Alberta. [CREDIT: WIKIPEDIA]