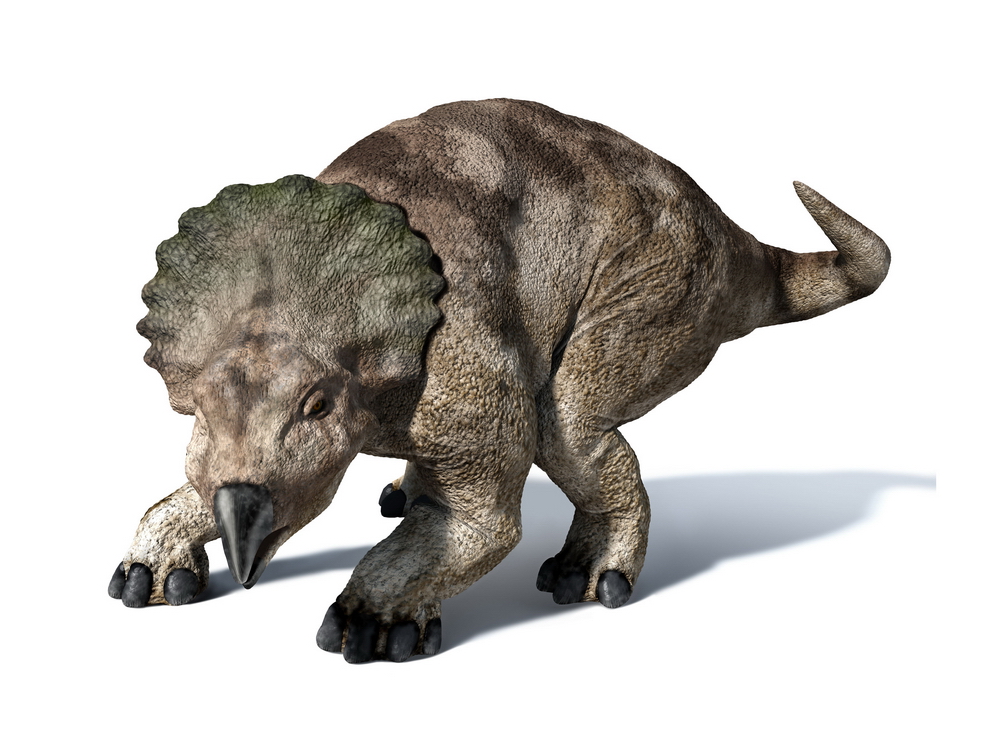 Protoceratops is a genus of small protoceratopsid dinosaurs that lived in Asia during the Late Cretaceous, around 75 to 71 million years ago. The genus Protoceratops includes two species: P. andrewsi and the larger P. hellenikorhinus. The former was described in 1923 with fossils from the Mongolian Djadokhta Formation, and the latter in 2001 with fossils from the Chinese Bayan Mandahu Formation. Protoceratops was initially believed to be an ancestor of ankylosaurians and larger ceratopsians, such as Triceratops and relatives, until the discoveries of other protoceratopsids. Populations of P. andrewsi may have evolved into Bagaceratops through anagenesis. [CREDIT: WIKIPEDIA]