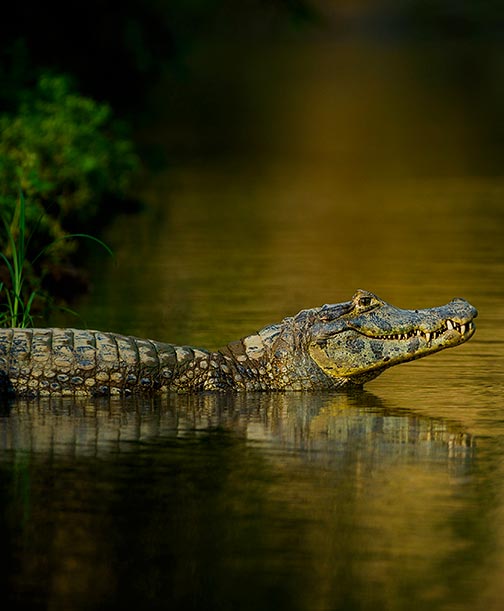 The species’ common name comes from a bony ridge between the eyes, which gives the appearance of a pair of spectacles. Overall a typical crocodilian gray-green coloration, this species has been known to change color. During colder weather, the black pigment, found within their skin cells, will expand, making them appear darker. [credits: Wikipedia]