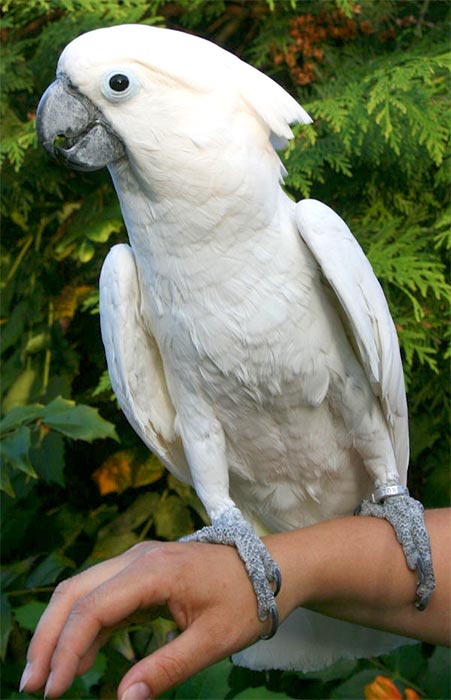 The white cockatoo, also known as the umbrella cockatoo, is a medium-sized all-white cockatoo endemic to tropical rainforest on islands of Indonesia. When surprised, it extends a large and striking head crest, which has a semicircular shape (similar to an umbrella, hence the alternative name).

The undersides of the wings and tail have a pale yellow or lemon colour which flashes when they fly. It is similar to other species of white cockatoo such as yellow-crested cockatoo, sulphur-crested cockatoo, and salmon-crested cockatoo, all of which have yellow, orange or pink crest feathers instead of white. [credits: Wikipedia]