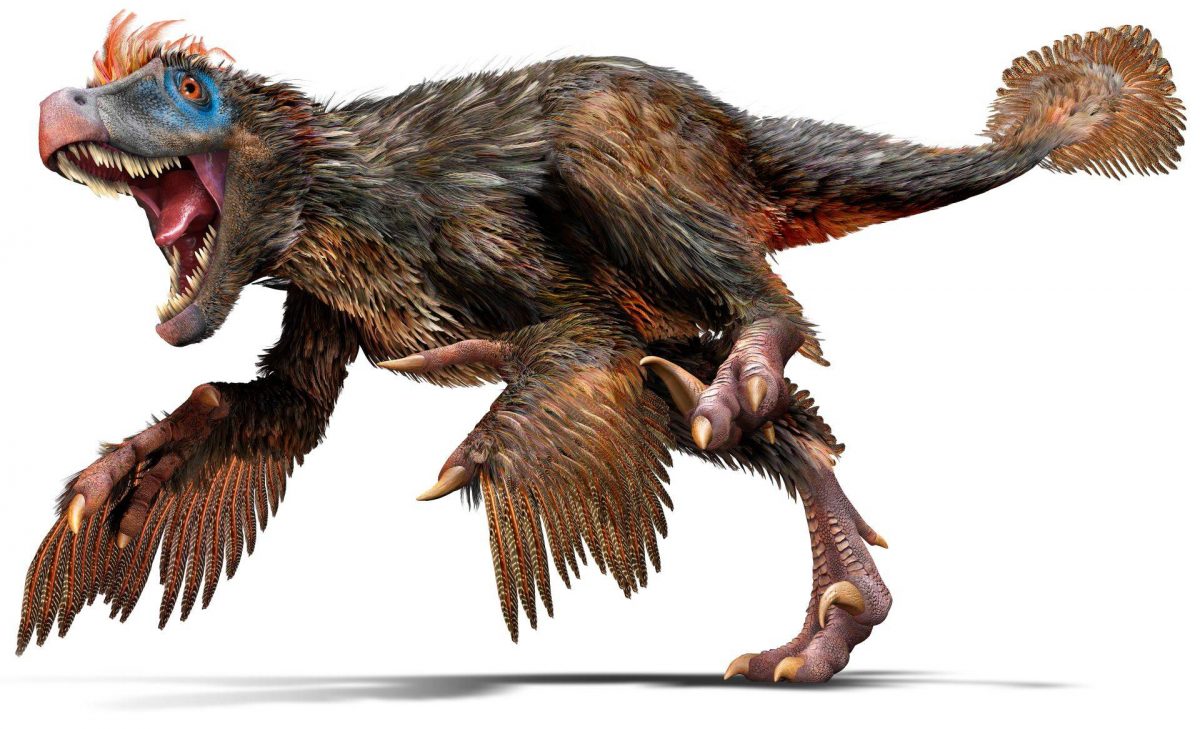 Velociraptor  is a genus of small dromaeosaurid dinosaur that lived in Asia during the Late Cretaceous epoch, about 75 million to 71 million years ago. Two species are currently recognized, although others have been assigned in the past. The type species is V. mongoliensis; fossils of this species have been discovered in the Djadochta Formation, Mongolia. A second species, V. osmolskae, was named in 2008 for skull material from the Bayan Mandahu Formation, China. [CREDIT: WIKIPEDIA]